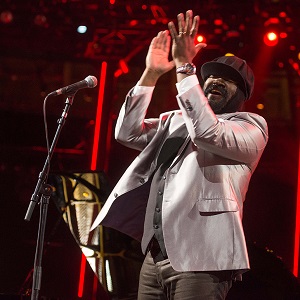 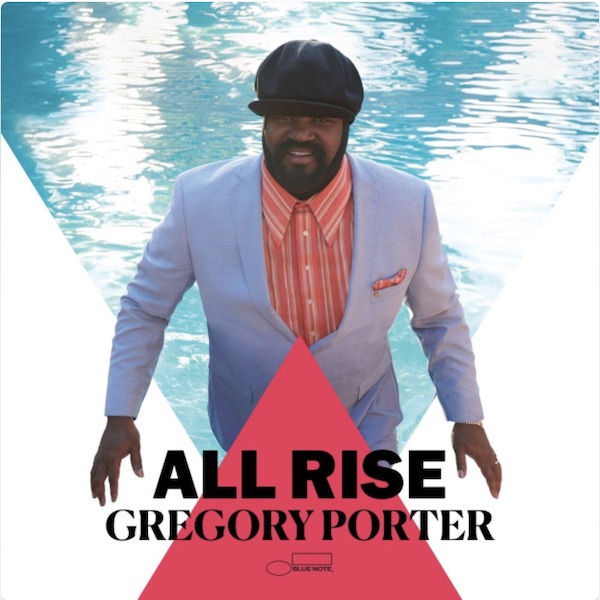 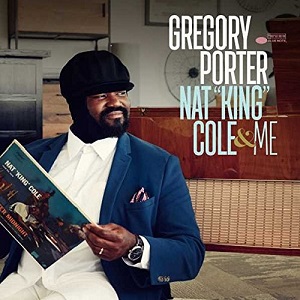 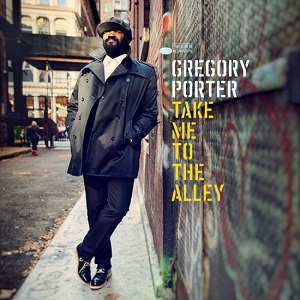 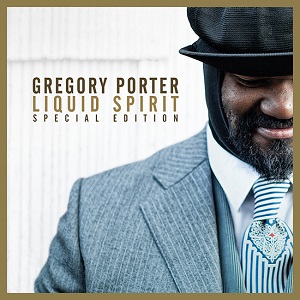 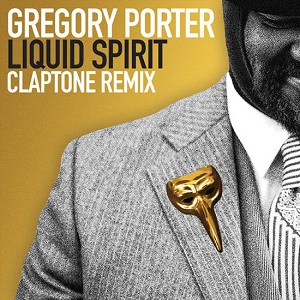 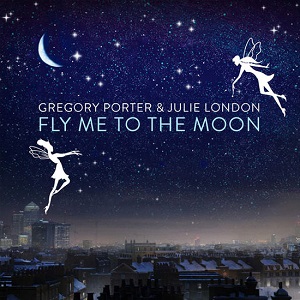 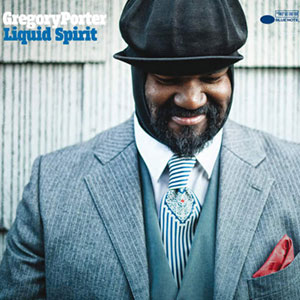 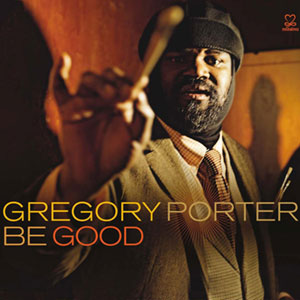 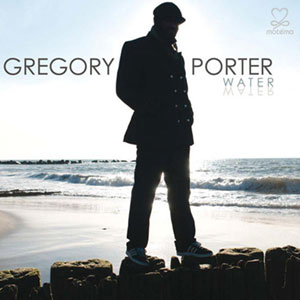 Invited by Nasa to perform, Gregory Porter sang "America the Beautiful," from his home for the Mars 2020 Perseverance Rover Mission. Porter is the first recording artist ever to be invited by NASA to perform for a Mars mission launch. This performance coincided with Porter's single release "Concorde," from the album "All Rise."


Gregory Porter's album Nat King Cole & Me, released October 27, 2017 on Blue Note Records, is a heartfelt tribute to his idol, featuring stunning orchestral arrangements by Vince Mendoza.
"... in 2016 made UK chart history, when he landed two studio albums in the Official Albums Chart Top 20 simultaneously and his critically-acclaimed new album ‘Take Me To The Alley‘ became the first jazz record to break into the Top 5 for over ten years." – BuildingOurOwnNashville.com

"The next great male jazz singer." – NPR Music
His artistry has drawn raves on every stop of his current tour." – Billboard
"The brilliant new voice of jazz." – The Huffington Post
"A major jazz talent." – Downbeat

We’d tell you Gregory Porter is back, but you probably already knew. You probably felt the earth rumbling, announcing the man’s bone-deep baritone, or you felt the air change as the warmth of his sound filled the atmosphere like a hug from above. That’s because ALL RISE, his sixth studio album, marks a return to Porter’s beloved original songwriting — heart-on-sleeve lyrics imbued with everyday philosophy and real-life detail, set to a stirring mix of jazz, soul, blues, and gospel. Produced by Troy Miller (Laura Mvula, Jamie Cullum, Emili Sandé), the set also represents the evolution of Porter’s art to something even more emphatic, emotive, intimate, and universal too. After 2017’s Nat King Cole & Me, Porter knew two things: one, he’d bring in an orchestra for his next LP (check), and, two, music is medicine. In the spirit of that latter revelation, ALL RISE brims with songs about irrepressible love, plus a little protest, because the road to healing is bumpy.

“Yes, you could say that I went big,” says Porter about his latest, which combines the talents of his longtime loyal bandmates, a handpicked horn section, a 10-member choir, and the London Symphony Orchestra Strings. “But, quite frankly, the way I write in my head, it all happens with just voice and piano first, and it’s built up from there. It feels good to get back to the rhythms and the styles and the feelings and the way that I like to lay down my own music from start to finish.”

While the strings were recorded at Abbey Road, the core of ALL RISE was made in two locations: in Los Angeles at the legendary Capitol Studios just a couple of hours from Porter’s Bakersfield home; and at a cozy studio in Paris’ Saint-Germain-des-Prés quarter, a historic hub for literature and jazz. The idea was that Porter would start his days exploring the Parisian streets and cafes, fill up on coffee and croissants, and then saunter in to record for a few hours. But the Grammy-stacking star — who’s dined with Stevie Wonder and sung for the Queen of England — remains blue-collar by blood. He had a job to do, so he led his band day and night through these songs, challenging the process every step. “Quite frankly, there was some frustration from the band, like, ‘This is the eighth different feel we’ve put on this song!’ And I’m like, ‘Yeah, I know. Let’s continue with the ninth,'” Porter recalls with a chuckle that could disarm far worse conflicts.

In fact, Porter himself wrestled with this album’s direction. Like many concerned citizens these days, he’d found himself obsessed with the politics of the day, every new song morphing into a response to the powers that be. It was unhealthy, and exactly the kinda thing those powers feed on: attention, influence, anger. So Porter scrapped nearly all of that, looked inward, upward, and around him, and arrived at a new raison d’être found in the title, ALL RISE. “We hear that phrase when presidents or judges come into the room,” says Porter, “but I’m thinking all of us rise — not just one person being exalted. We are all exalted and lifted up by love. This is my political thought and my real truth. It comes from my personality, my mother’s personality, the personality of the blues, and of black people. It’s this idea of making do with the scraps, of resurrection and ascension, and of whatever the current situation is, it can get better through love.”

That hard-won doctrine is heard loud and clear over the surging, grit-caked blues of “Long List of Troubles,” where Porter growls, “Disappointment can drop me, from a thousand stories high / I got a spare set of wings … watch me fly!” Porter’s version of protest can be worldly — he takes on child-slavers over the contrastingly lush and smoothly swaying “Merchants of Paradise” — or it can be down-home, as on “Mister Holland.” That brass-blessed southern soul jam finds Porter (ironically) thanking the white father of his love interest for not making any trouble over his black skin. As our host explains, “That suggests that maybe I liked a girl when I was 15 and I came to a door and somebody said, ‘Nigger, if you don’t get away from this house…’ That type of energy is being resurrected and made to feel okay these days. I think about things like that for my son.” In that way, a song ostensibly about hate is in fact about love — both romantic and familial. ALL RISE doesn’t shy away from the fact that love is complicated. Even as Porter channels the warmth of Bill Withers — and the choir whips up a celebratory Sunday morning clap-along — “Dad Gone Thing” balances Porter’s disdain for his absent dad, against his gratitude for the fact that he inherited his voice from him, against his sadness over the relationship they could’ve shared. The song grew from Porter attending his father’s funeral, where he learned not only that the man sang but, upon seeing a folded flag, that he was a veteran. “I would’ve been proud my whole life,” says Porter, his deep voice cracking ever so slightly. We also hear of unrequited love over the string-swathed crooner-pop perfection of “Merry Go Round,” and of the impediments of love on the resplendent LP opener “Concorde,” where a jet-setting Porter marvels at the rarity of his elevated position — figuratively and literally — while just longing to be home with his family.

Cuts like “Faith in Love,” with its lightly funky Marvin Gaye groove, and “Thank You,” dedicated to everyone who’s helped Porter along the way, underscore another complexity of love as Porter sees it. “I keep making references that are both worldly and of the Most High,” he explains. “Am I speaking of God or am I speaking of the people that are on Earth here with me? Am I talking about my actual father who’s dead and in heaven, or am I talking about my Heavenly Father?”

That blurry relationship is practically coded into Porter’s DNA. One of eight siblings raised by a minister mother in a poor part of Bakersfield, young Gregory found his voice both by singing in church and by studying her Nat King Cole records at home. Though Cole’s talent, wisdom, and poise made him something of a surrogate father to a musically gifted boy who lived in his own head, it was a football scholarship that eventually carried Porter from California’s Central Valley to San Diego State University. An injury derailed his athletic career, but he found a mentor in producer Kamau Kenyatta, who brought him into a Hubert Laws session and has worked with Porter ever since (in fact, he co-produced ALL RISE‘s L.A. sessions). After college, Porter moved to New York to work the kitchen in his brother’s Bed-Stuy cafe by day, and jazz clubs by night.

Though Porter had an acclaimed role in the original 1999 Broadway cast of It Ain’t Nothin’ But the Blues — and staged his own Nat King Cole & Me musical in 2004 — it was inevitable that he’d became known for his songs. That was made abundantly clear when both of Porter’s indie albums — 2010’s Water and 2012’s Be Good — received Grammy nominations, paving the way for his world-beating 2013 Blue Note debut, Liquid Spirit, which won the Grammy for Best Jazz Vocal Album. He hasn’t let down his legion of fans since, whether collaborating with Disclosure on “Holding On,” scoring another Grammy for Take Me to the Alley (2016), or telling his life story through Cole’s songbook. Like others, Porter is still surprised by his runaway success, but he has a theory: “I was soothed by my voice as a child and I think that’s the same thing others get from it. I’m trying to heal myself with these songs.”

And that’s the thing about love that ALL RISE keeps circling. Even when it’s painful, confusing, out of reach, or under attack, love is ultimately curative. Hit play on the gorgeous torch song “If Love Is Overrated” and tell us you don’t identify with Porter as he abandons logic for a mere chance at seeing love’s promise bloom. Or drop the needle on “Revival” and just try to pretend you aren’t lifted by the spirit no matter your personal faith or affiliation. Once again, Porter cuts through the noise of genres and the mess of life to reach us all where we live: the heart.